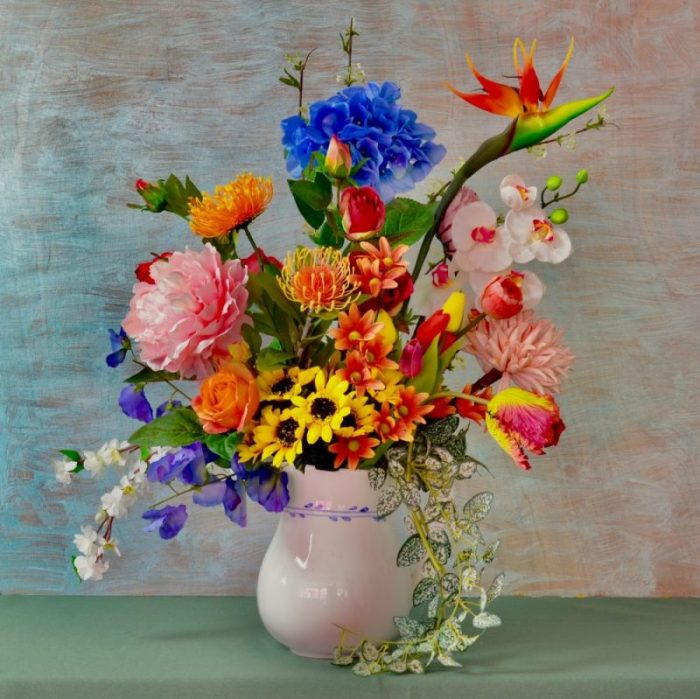 A Sisterly Home by Kay Medway

“Make something of yourself, Amber, and if it’s all that you do in life, don’t make the same mistakes your mother made,” said her grandmother with all of her good intentions. When everything felt a blur in front of Amber and her past, it wasn’t always easy to take her grandmother’s good advice. Amber had removed herself from many situations of her past, and returning to them was not an option because people had already shown that they cared far too much to see her take a downward spiral in her now quite fulfilling life.

Amber had resided at her grandmother’s house throughout her childhood. Her interpretation of this situation and her memories in youth was both creative and emotional. The home had changed from its regular everyday place as her sanctuary in the quiet and uneventful little cul-de-sac street to a place shaped by the dark and ever-changing uncertainties of the skies. It had changed to an unmistakable shadowy frame of its former well-maintained state where the large roof was now always with sharp and pointed features, even like church steeples. Years of neglect and hopelessness had shown. Amber amused herself with this idea now. The images were no longer a fixture of her dreams, and she could no longer entertain her childhood impressions and insecurities. Amber also imagined the house and family life to have been a talking point for the neighbours, who would have gathered around outside to ascertain what was happening.  Like a museum exhibit, it would have eventually turned out to be what she imagined, like much of her life. There had always been an interest in her family.

She had also now met her sister Imogen who was younger and, in Amber’s own words, more hopeful about friendships and future than she had ever been. It had been what appeared to have been years gone by spent with patience at the heart of all they did and the way the girls watched and waited for an outlet or another new form of escapism that led them to someplace to find solace. “I wish I had been there for you when we were just kids!” exclaimed Imogen. “But then I wouldn’t have turned my life around so beautifully in an instant once more like I did when I knew I had a little sister to set an example to.” laughed Amber. Amber had found there is always someone in the world who will answer your pleas to be healed and shielded from the harsh realities of life.

Amber had moved on to be a new student, in awe of opportunity and high hopes. Her mind never seemed to leave the places back home. She penciled in the days ahead and tried to avoid regrets. She failed to think about her future as she let her thoughts disappear, and her struggling health allowed for that. Amber’s attempts to study have fuelled many fears, but years would pass, and recovery can last as the days whisper, start again.

Photo by Marcella Marcella on Unsplash