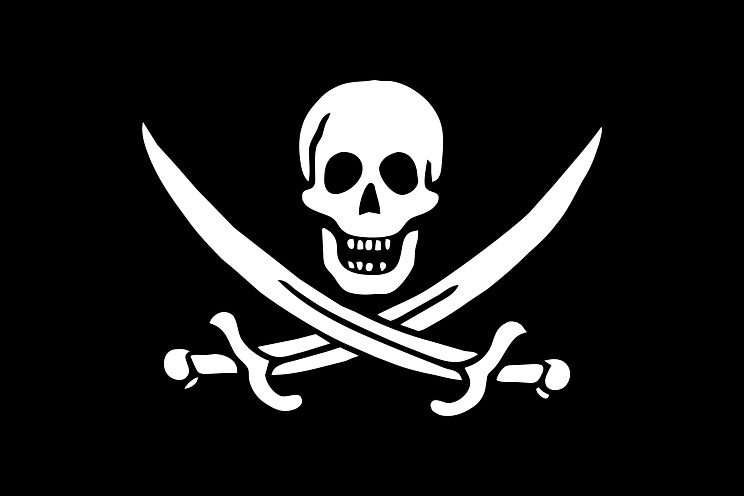 The protruding rock on the shoreline cracked against the head of the feared pirate Captain Murphy as he was washed in with the tide. Soaked and sluggish, he turned to face the turbulent sea, realising that his ship and crew had perished.

Unbeknownst to him, the island upon which he now stood was Eleuthera, the one he’d spent years in search of; mythical home to the buried treasure of Nirvana.

Unfortunately, the map he’d possessed which would guide him to the exact location now languished at the bottom of the sea.

This could prove to be difficult as the Captain’s grasp of the English vocabulary was perhaps . . . dated.

Unperturbed, he made his way towards a vast jungle which spread-

Following a dirt trail that cut through the dense undergrowth, he came upon a fork in the path. One direction led to the treasure-

“Ye better tell me which.”

And one to certain death, skewered by spikes in a pit full of venomou-

Although courageous in his convictions, the Captain’s threats were mute. His cutlass also languished at the bottom of the sea-

The fabled Kraken was merely a squid-

And contrary to his formidable reputation, in truth, he was a man of integrity who treated his men fairly and offered the hand of recruitment to women, whom he bestowed equal pay, working conditions and holiday leave. In fact, his actions could be considered the birth of women’s liberation.

And he should choose the left path.

Coming upon a clearing, he was delighted to see a treasure chest sitting atop a large boulder.

Scuttling up, he threw back the lid, confused to find that the treasure chest was-

For the true treasure had already been found.

When Captain Murphy had cracked his head on the protruding rock, the fourth wall had been broken. It placed him in a state of eutierria where he was at one with the universe. What philosophers and religions had theorised and sought, he had found. The attainment of totality, a treasure which couldn’t be held, but offered-

Captain Murphy cracked his head against the boulder until the voice stopp-.

Kris McGinnis is a Scottish writer of flash fiction who has been published in Clover & White, the International Zine Project and the ‘Less Than 100 Words’ e-book anthology.

“Pirate Flag” by spaceninja is licensed under CC BY-NC-SA 2.0