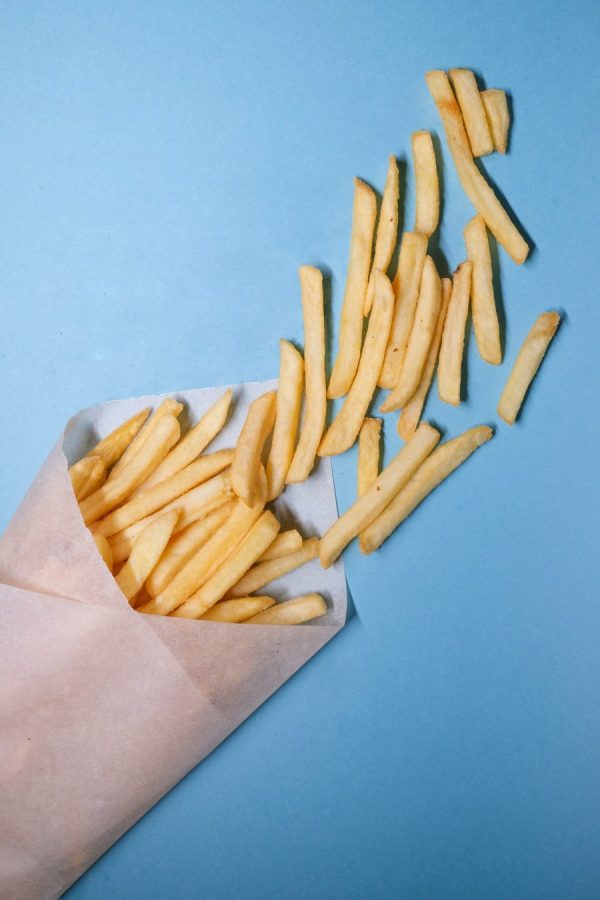 The most memorable meal I ever had was the one where I cried over a bowl of noodles and satay, where I wanted to move house but the house wasn’t moving turns out our estate agents were rubbish and we changed them within a few days and the house sold quickly afterwards or it could be the one in the fancy Italian where the mirrored walls reflected my face, which at the time was covered in eczema, I was having the biggest flare-up of my life and didn’t want to be seen, off work sick but right there at that meal my floor manager came and sat at the table next to us so we finished quickly and left, it was only later on I found out you’d wanted to propose to me instead you did it on both knees in the dark later that night, or it could be the time you tried to cook a curry for me with diced potato, but you didn’t realise potato needs parboiling first we laughed as we picked our hard cubes out of the sauce or maybe it was the meal you fed me as I breastfed our first child, it was fish and chips still in the paper at my bedside, they tasted like love and salt and grease and just what I needed.

Since 2010, Susan has written for a variety of media outlets, but the call of the strange and unusual grew irresistible. Now she mixes words like potions at her laptop in Cheshire, England. She procrastinates by writing shorter, and weirder, stuff. Her first novel, eco-horror Earthly Bodies, is out now.

Photo by Alena Shekhovtcova from Pexels