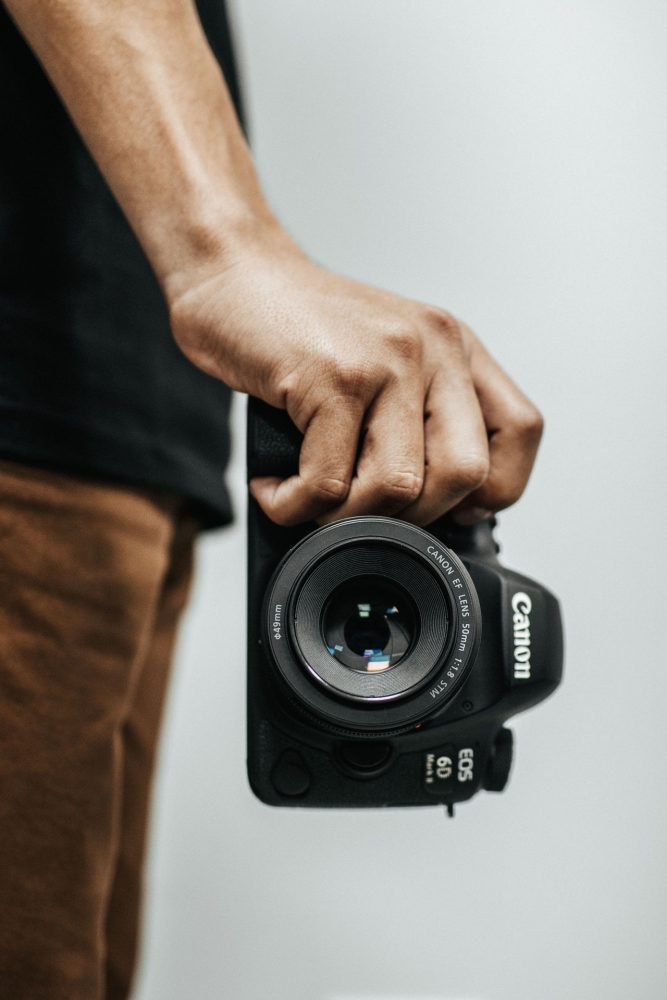 Danny wears command red with three pips though inevitably someone will say, “Better be careful beaming down to the planet in that red shirt little lady—har har,” like we haven’t heard that dozens of times, like the red shirt thing wasn’t old before The Next Generation even premiered, like Danny hasn’t been misgendered a thousand times in a thousand different places. Danny, with his belly meat squashed out from the ill-fitting binder we bought second-hand on marketplace wants to look like season two Commander Riker even though Danny’s T-induced beard is sparse and splotchy, and he looks more like Wesley Crusher than Commander Riker.

At the convention, we push into the line of people waiting for autographs, ignoring the red shirt jokes, and wait under the sign that says no pictures.

“What if he hates me,” Danny says.

The crush of bodies is suffocating, and I fight the urge to drop Danny’s hand and run for the door when the crowd around us swells. But Danny needs me, and I practice deep breathing as we inch forward and when we’re finally at the table, Danny puts a picture on the table in front of Jonathan Frakes and his voice cracks when he says, “I know we’re not allowed pictures but…” His voice is shaking, and I want to drag him out of there.

Danny takes a deep breath. “You took this picture with me when I was someone else.” His lower lip trembles the way it does when he’s either close to a panic attack or near tears.

Jonathan looks at the picture that says, “To S_____ with love,” and when he looks back up, he smiles at the no pictures sign and says, “I guess we should take a new one.”

Photo by Luis Quintero from Pexels

Would you like to get an occasional email update – with news of stories, updates and competition deadline notices? – sign up – the form is here…