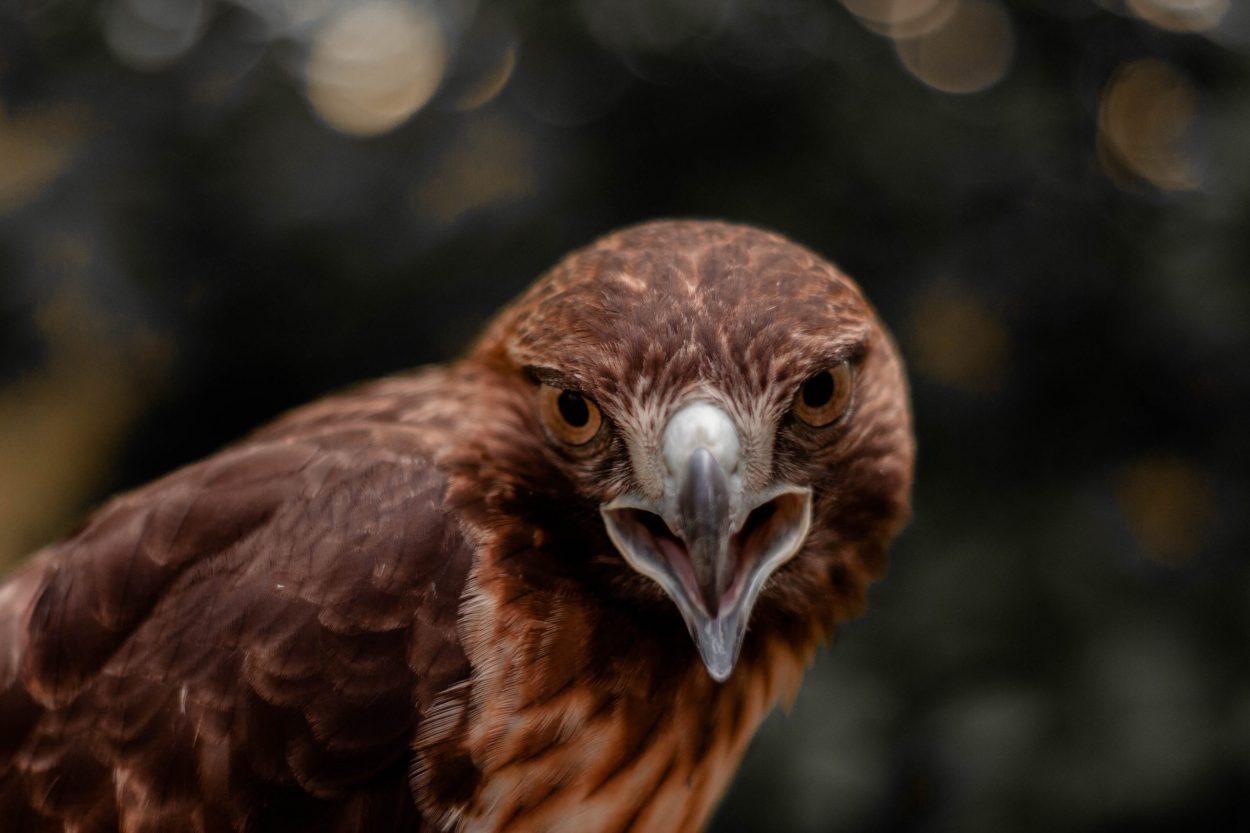 Where Did My Friend, Hawk Go? by Joan Leotta

A red-tailed hawk, my friend, daily watched over me as I drove by his hunting ground. Magnificent in his aerie on the telephone wires, as he waited for the occasional vole or mouse to skitter by, he would nod that noble head at me. We understood each other. He, hunting mice, me on my way to work. Now and then, for a few days he would shift to another place, then return to greet me from his highwire perch.

Two months ago, my neighbor bought a flock of hens, built a fenced chicken yard, a wooden coop and begin to sell eggs. Last month a sign appeared saying that chicks were also for sale.

From my front porch, when I go to get the paper at dawn, shotgun blasts often punctuate the early morning quiet. I cannot tell the direction or placement of the shots. However, I have begun to fret that my friend, the hawk, was perhaps seen swooping down on my neighbor’s chicks. I fear one of those morning blasts may have caught him. I prefer to think they merely drove him off. In any case, he has been gone since the lasts round of blasts last week. The sign for chicks was taken down two days ago, but the egg sign remains.

I still look for my magnificent friend as I drive by, but his favorite perch remains empty.  Yes, that sign still advertises eggs, but I will never stop to buy them.

Joan Leotta plays with words on page and stage. Her poems, essays, and articles are widely published. Her chapbook, Languid Lusciousness with Lemon, is out from Finishing Line Press. (https://www.amazon.com/Languid-Lusciousness-Lemon-Joan-Leotta/dp/1635341450). You can reach her on Facebook at Joan Leotta, Author and Storyteller and on twitter at @joanleottawrite. She has three free chapbooks available: Morning by Morning and Dancing Under the Moon, minis  at https://www.origamipoems.com/poets/257-joan-leotta  and Gifts of Nature, on http://stanzaicstylings.blogspot.com/p/gifts-of-nature-twenty-poems-by-joan.html