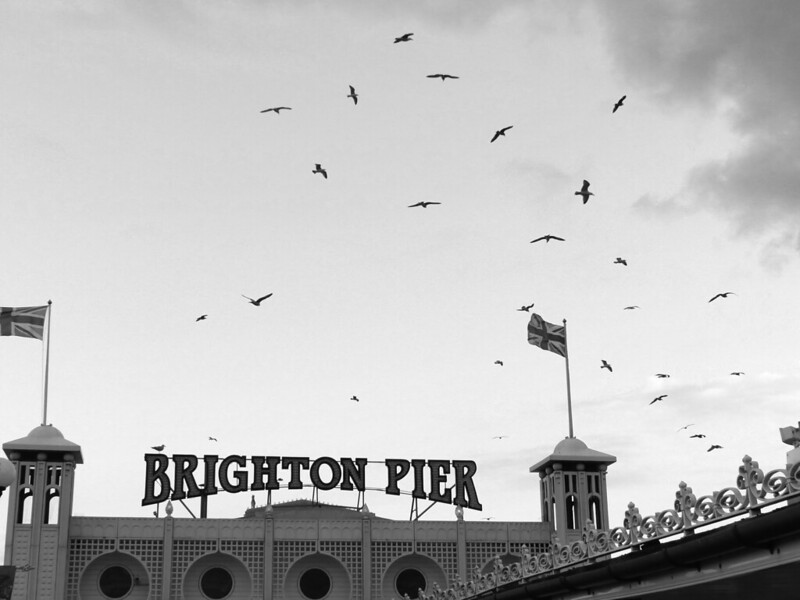 Competition Three Winning Story: The last wolf in Brighton’s in the prize booth on the pier by Abi Hennig

Sometimes, he stares at the picture ticky-tacked to the overhead cupboard door for a solid ten minutes.

Lone wolf he calls it.

He rubs at a spot on the counter, invisible to the naked eye.

She visits most days, hovers at the edge of the booth as he busies himself taking tickets from children’s hot and hopeful hands – only to swap them for substandard toys.

She bathes in vicarious disappointment.

He never gives freebies. Not even a packet of Haribo.

20 tickets, he says, stabbing with his finger at the laminated sheet.

She slopes off, only to come back after whack-a-mole and ice balls, concertinaed coupons nestled in her palm, soaking up the sweat. He busies himself behind the counter as she feeds them into the machine; only looks up when she holds out the receipt like a begging bowl.

At least this way she can be sure of his attention.

On quiet days, they sit for hours: him sketching animals howling at the moon, her sketching him, both lost in the intangibility of their dreams.

She suggests going for chips.

He says, I’m saving to see the wolves.

Maybe he is. Maybe one day she’ll turn up and he’ll be gone, off to the Canadian wilderness. For now, she feeds tuppence pieces into slots, watches them nudge each other, always needing just one coin more.

Abi is not a wolf but she does live in Brighton. She spends her time teaching, writing mini stories and losing gracefully at complicated board games. Her words pop up here and there, recently in Splonk, Molotov, The Prompt Mag and Ellipsis zine. She tweets @abihennig