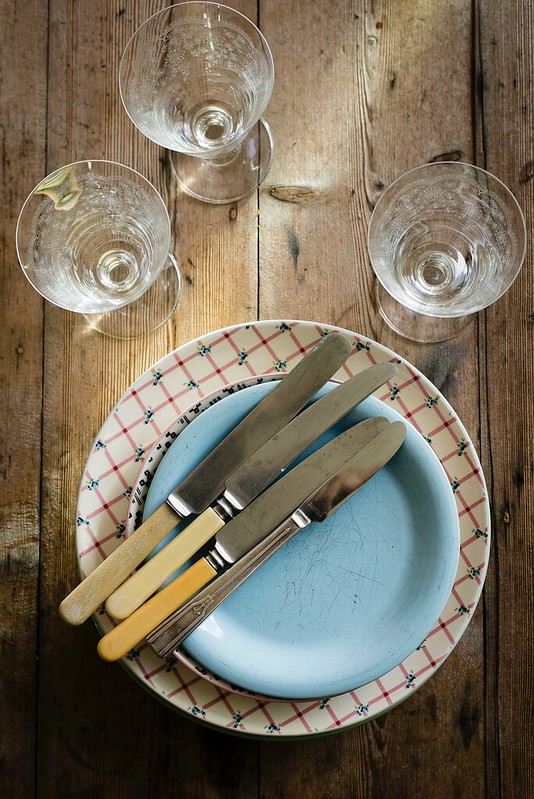 When The Day Came by Thomas Morgan

I made a note of everything I wanted to take with me: the big blue pasta bowls, the blender, the glass cereal bowls, the coffee spoons – the ones with the coffee beans attached to the ends, the cereal container, and the glass water jug that was in the fridge.

I told my mother that these were the things I was going to take with me when I left. She had taken some things from my grandparents’ house when she had left home: some butter knives, some plates, a chopping board, some spoons, a porcelain cake stand. Growing up, I had used most of them.

“That’s a long way off yet,” my mother said.

I told her it’d come around a lot sooner than she thought it would. She told me she didn’t want to think about it.

“A dog would probably be better,” she said. “Then it’ll give your father something to do.”

“In that case,” I said, “you’ll need a big dog. Like a Labrador or a German Shepherd or a Husky. Then he’ll have to take it on at least two walks a day.”

When the day came, my father helped me load all of my things into the car. I didn’t have that much stuff – just a couple of boxes and a suitcase full of clothes.

My mother had also packed me a bag of food and toiletries. I said I didn’t need them; I said I could buy my own stuff.

“It’s just something to keep you going,” she said. “Something to get you started.”

It didn’t take us long to get there – it was only twenty minutes down the road. My father helped me unload my stuff and brought it into my place. And when we were done, he shook my hand. “Good luck,” he said. I’m not sure why he said this; I guess it’s just something you say in situations like that.

My mother was in floods of tears. “It’s all right,” I said. “I’ll still come home from time to time.”

What did she expect? That I’d live at home forever? From where I was standing, I thought she was being incredibly selfish. She had to let me go. It was the right thing to do.

At the time, I didn’t understand how she felt or what she was going through. I couldn’t put myself in her shoes. But now that it’s happened to me, I know exactly what it feels like. And I can assure you that it’s the worst feeling in the world.

“flat-lay photography of stem glasses, saucers, plate, and bread and butter knives – Credit to https://myfriendscoffee.com/” by John Beans is licensed under CC BY 2.0